In previous weeks, we showed how an NIR laser such as FYLA´s SCH with a pulse duration of 15fs, offers over a 7-fold of photon flux when compared with a standard 100fs laser, for similar repetition rates and average power.

But what is the real impact on the image brightness of such enormous improvement of the number of photons available per time and area?

Theoretically, in two-photon microscopy the image brightness is directly related to the excitation efficiency which is quadratically dependent on the photon-flux and the fluorophore´s second order nonlinear excitation cross-section (GM).

As an example, we can calculate the excitation efficiency of the fluorescent protein mRFP when illuminated at 1050nm by a 15fs laser (such as the SCH), compared to a 100fs laser. With a wider 200nm bandwidth, the 15fs laser excites mRFP across 900 to 1200nm, a much broader spectral region compared to the 11nm of the 100fs laser. 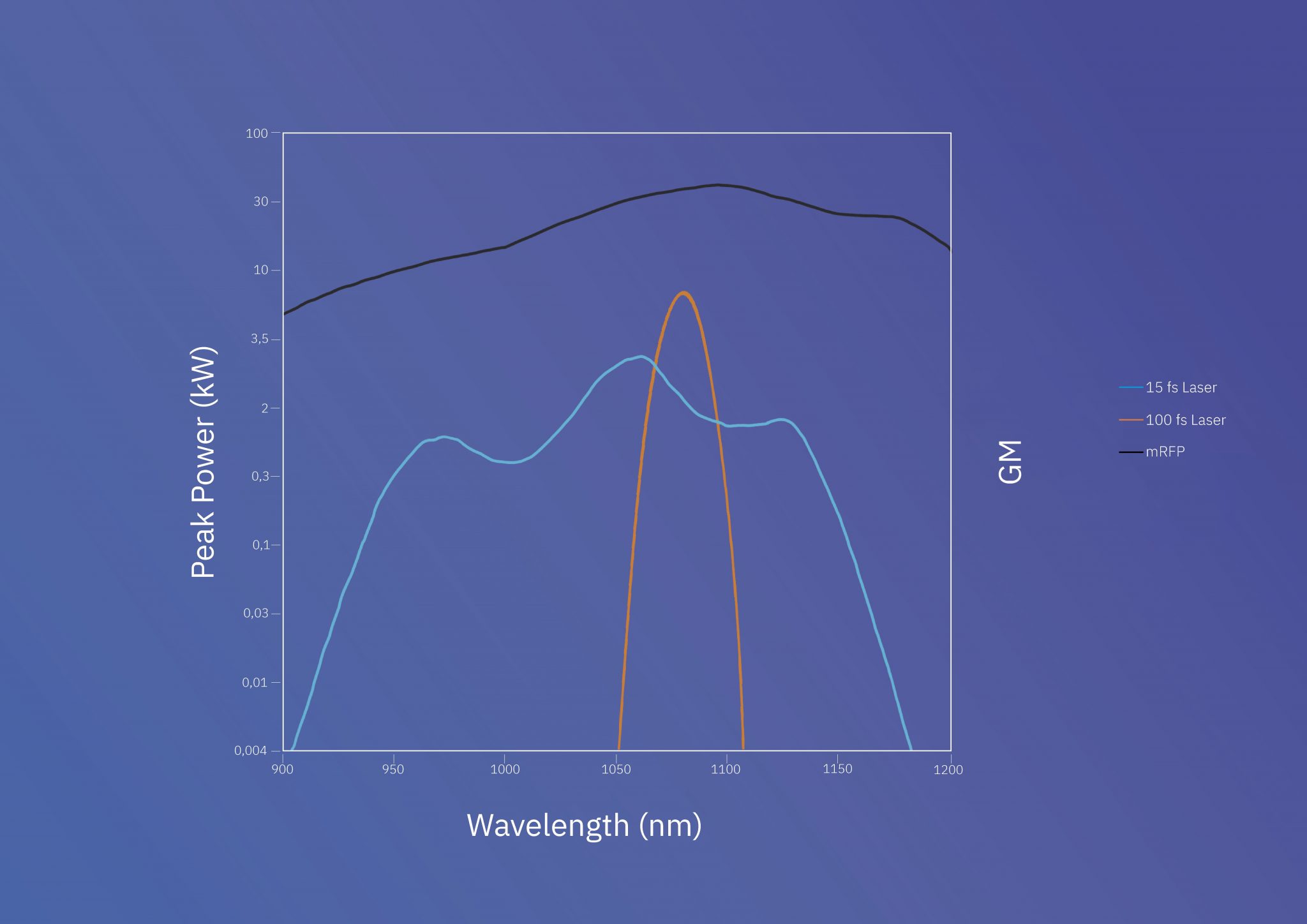 Considering the peak power and the excitation cross-section at each wavelength, the excitation efficiency of mRFP can be calculated. The result is that a 50% improvement in efficiency is obtained with a 15fs laser such as the SCH compared to the traditional 100fs lasers. 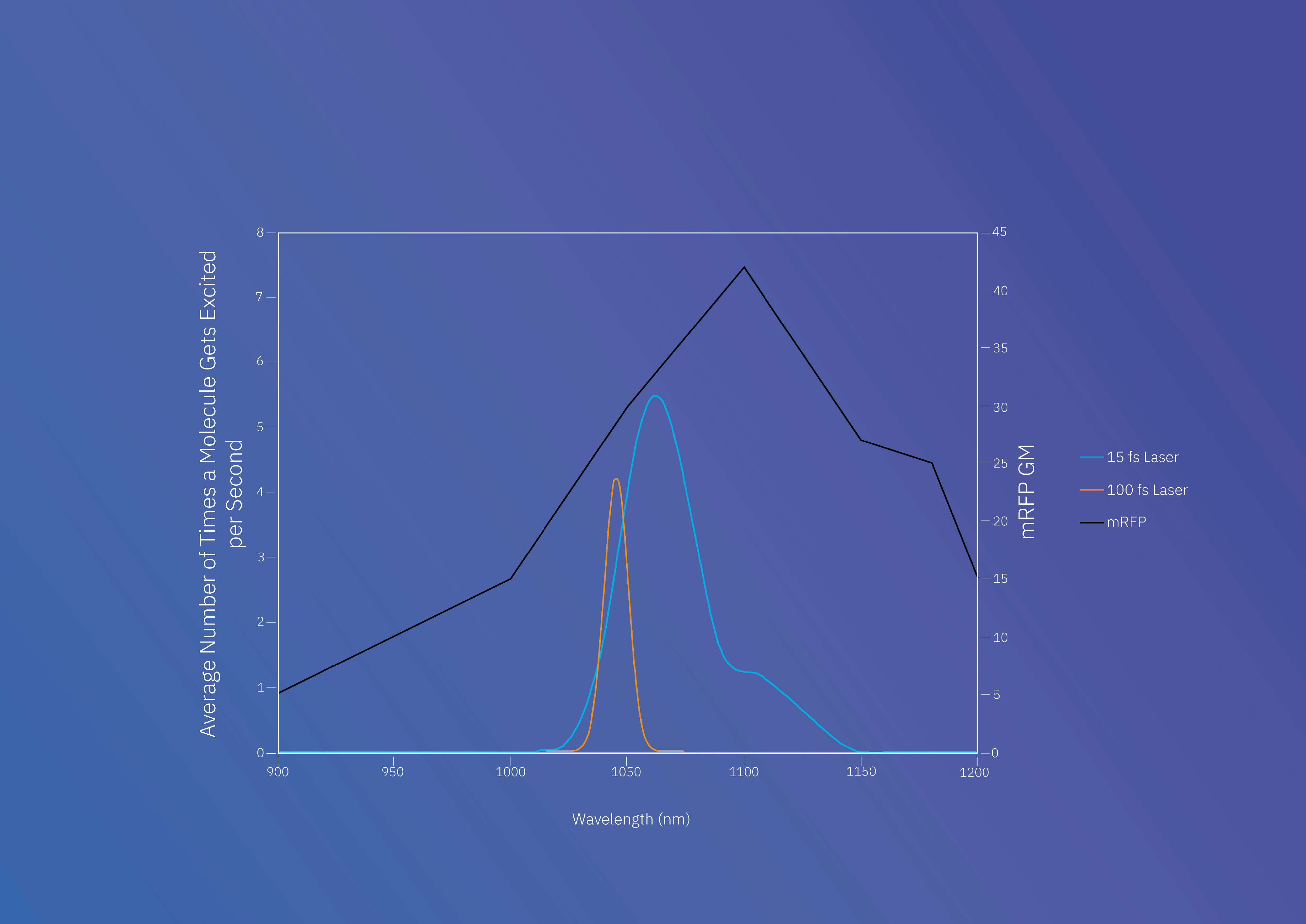 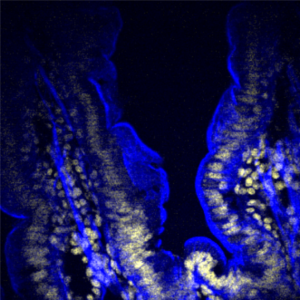 Congratulations to Rodrigo Aviles, winner of our FYLA Contest!

Dr. Rodrigo Aviles is currently working at the University of Sussex as a Lecturer in in Opto-electronics and Bio-engineering.

Congratulations to Anja Britten, winner of our Giveaway Contest!

Anja Britten is a member of ZEISS Lab, a joint research initiative between the Medical University of Vienna and ZEISS. Congratulations!