Multiphoton Microscopy I: Increasing the Photon Flux with 15 Femtosecond Pulses

Two-Photon Excitation Fluorescence (TPEF) microscopy (also known as two-photon microscopy) is the method of choice for deep three-dimensional imaging of living tissues. Deep imaging is intrinsic to TPEF microscopy since it uses longer excitation wavelengths (near-IR) that scatter less than the shorter visible wavelengths traditionally used in confocal microscopy. This reduces background illumination coming from the scattered light and increases the contrast ratio at higher depths. As an example, in-vivo brain images at depths of 1mm can be achieved with TPEF microscopy.

Two-photon excitation occurs when two independent photons are absorbed simultaneously by a media. This requires two photons of the right energy to coincide in time and space on such media; an unlikely event which needs an extremely large excitation photon flux. The larger the photon flux, the higher the probability that two-photons will be absorbed simultaneously. In TPEF microscopy, higher photon flux leads to higher efficiency and hence improved image quality and resolution.

Traditionally in TPEF microscopy, the delivery of the large photon flux required for two-photon excitation has been implemented with broadly tunable solid-state femtosecond lasers with pulses of the order of 100 fs and practical repetition rates of approximately 80MHz. These can deliver very high peak powers with large photon flux levels, as needed for two-photon microscopy. However, the average power provided by these lasers (in the range of 1 – 4 Watts) can cause thermal damage as a result of the photo-thermal interaction with the media due to linear absorption of the fundamental excitation wavelength. This effect is particularly important in in-vivo imaging where temperatures in excess of 40 ºC lead to irreversible damage. As a result, the average power provided by traditional solid-state lasers has to be attenuated to be practically used in TPEF microscopy. This has a direct impact on the peak power which is also reduced accordingly.

An alternative to increase the peak power, maintaining the average power low and hence avoiding thermal damage is to shorten the pulse duration. This reduces the time interval in which the photons land on the media, enhancing the probability to be absorbed simultaneously.

Recently, for the first time, state-of-the-art supercontinuum all-fiber laser technology has enabled a commercial laser with pulses as short as 15 fs: FYLA´s SCH. 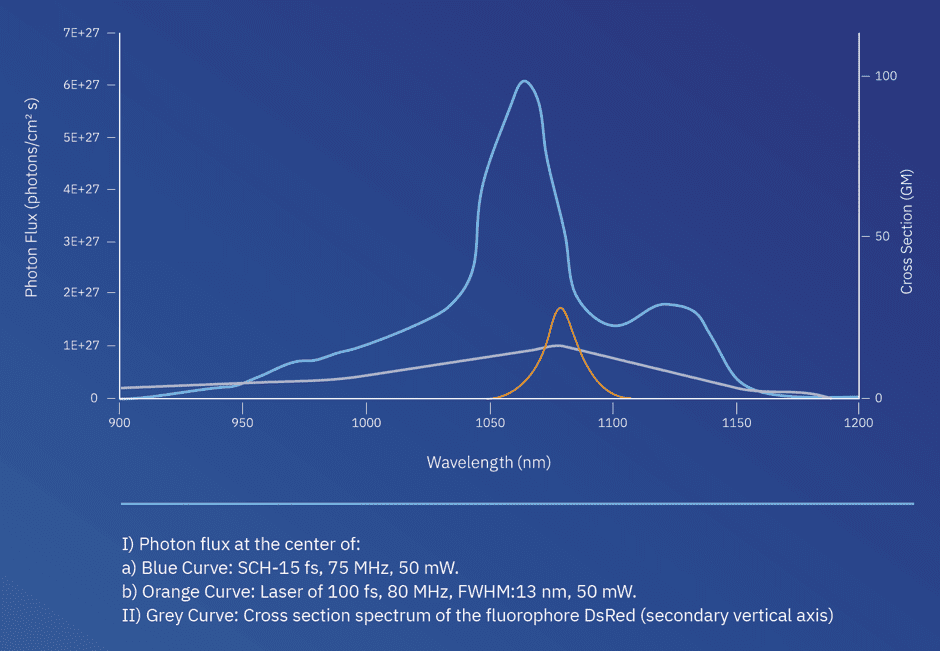 During the following weeks, we will explain how this massive photon flux enhancement is successfully delivered to the microscope focal plane. We will also show examples of how it improves the TPEF microscopy efficiency, at low average powers, reducing thermal damage in in-vivo imaging.

Congratulations to Rodrigo Aviles, winner of our FYLA Contest!

Dr. Rodrigo Aviles is currently working at the University of Sussex as a Lecturer in in Opto-electronics and Bio-engineering.

Congratulations to Anja Britten, winner of our Giveaway Contest!

Anja Britten is a member of ZEISS Lab, a joint research initiative between the Medical University of Vienna and ZEISS. Congratulations!