Imagine simultaneously imaging a wide range of fluorophores without having to think about selecting the optimum excitation wavelength of your laser. In two-photon microscopy, this is often a complex and sometimes an impossible task when using traditional 100fs excitation lasers.
Transform-limited 100fs solid-state lasers emitting in the IR have a spectrum in the range of 10 – 20nm and as a result, they can only simultaneously excite fluorophores whose excitation spectra falls within this 10-20nm spectrum.
To simultaneously excite a larger variety of fluorophores with a single laser, lasers with broader bandwidths and shorter pulse durations are required.
For example, a laser with 15 fs pulses, such as FYLA´s SCH laser, centered at 1050nm, delivers 15fs pulses and a bandwidth of 200nm. All green and red fluorophores within this bandwidth (which extends across 900 to 1200nm) can be excited simultaneously by such laser. 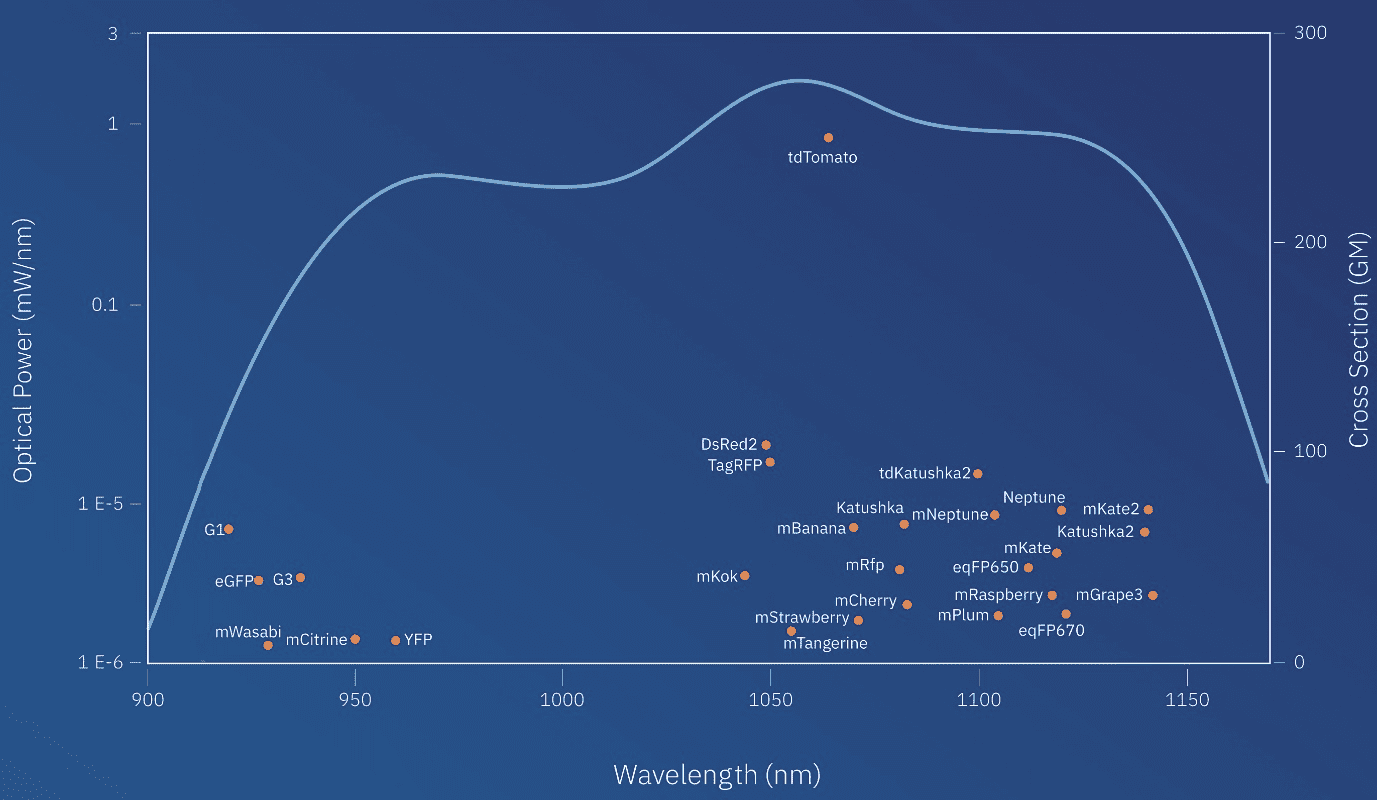 This makes simultaneous imaging of multiple fluorophores a viable, practical and simple alternative for two-photon microscopy. 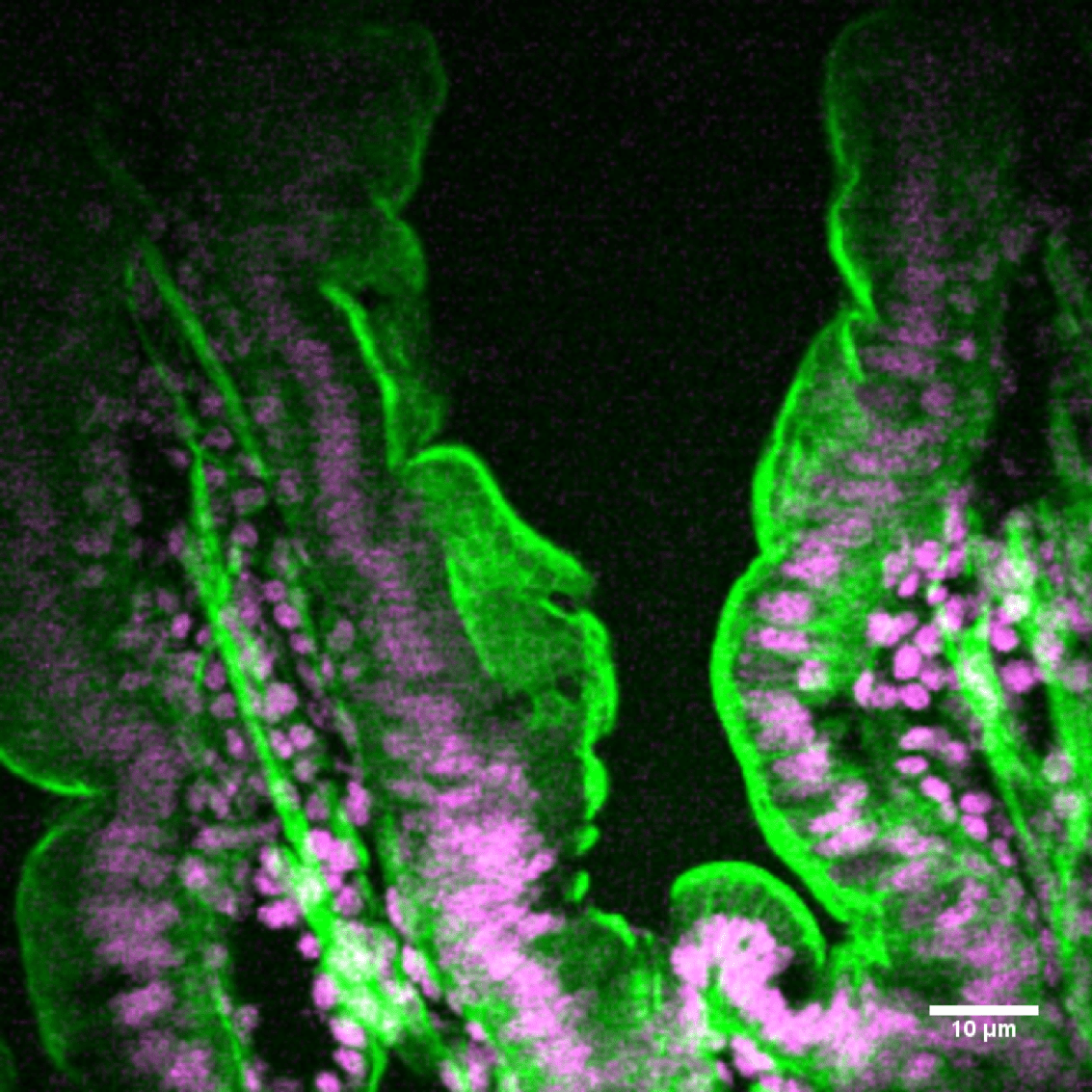 You can find the presentation of SPAOM2020, about this topic here.

Discover how the Photonics Nanosystems Group at the University of Fribourg use the FYLA SCT suppercontunuum fiber laser for single molecule fluorescence.